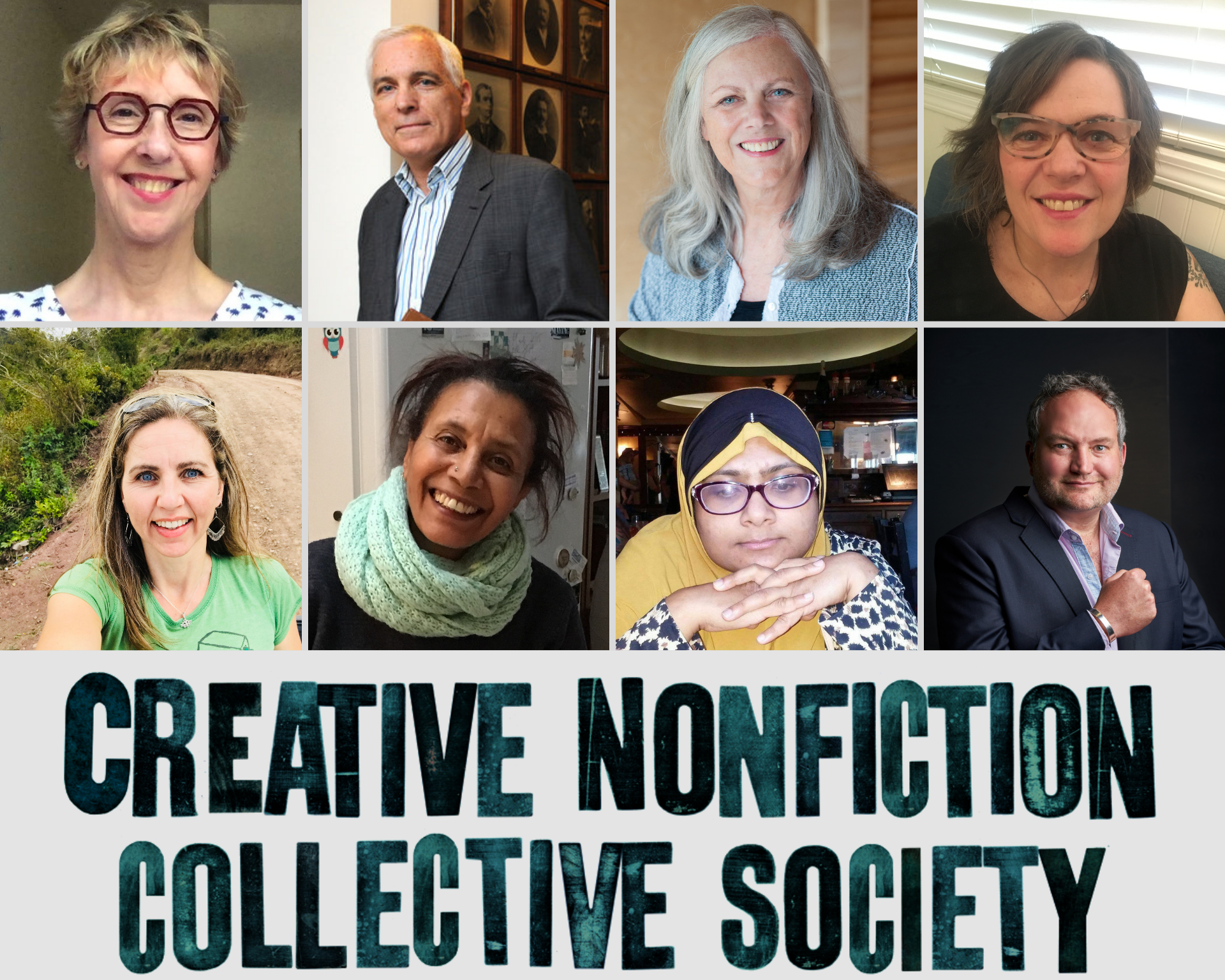 Margaret Lynch (president) is a nonfiction writer whose work has appeared in The Globe and Mail, Toronto Star, National Post and on CBC Radio. Her book-in-progress is a memoir about her journey to become a better person after surviving an experimental bone marrow transplant. Her proposal for TRANSFORMED: When My DNA Changed, So Did I won the 2020 Penguin Random House Best Nonfiction Book Proposal Prize. She holds an MFA in Creative Nonfiction from the University of King’s College in Halifax, NS.

Christopher Moore (vice-president) is a long time member of CNFC, now on the second year of a term on the board. He is a past chair and honorary life member of the Writers’ Union of Canada and a two-time winner of the Governor General’s Literary Award, once for nonfiction, once for children’s literature. His books are almost exclusively in the field of Canadian history, but he subscribes to Betsy Warland’s dictum “creative nonfiction refers to all nonfiction and mixed-genre writing shaped by literary sensibilities, devices, and strategies.”

Marsha Faubert (treasurer) is a Toronto-based lawyer and writer who has worked as a litigator, adjudicator and arbitrator, and executive director of a provincial administrative tribunal. She is pursuing publication of her first book, Unstated, a work of history and memoir that considers the impact of war, displacement, and exile in Canada on her parents-in-law, survivors of forced labour in Nazi Germany and subarctic Russia. Her current writing will explore the history and legacy of environmental injustice in her hometown of Sarnia,
known to some as Canada’s Chemical Valley. In addition to degrees in psychology and law, she holds an MFA in Creative Nonfiction from the University of King’s College in Halifax.

S. Lesley Buxton (membership coordinator) is the author of the award-winning One Strong Girl: Surviving the unimaginable, a mother’s memoir. Her essays have appeared in Hazlitt, Today’s Parent, Still Standing, This Magazine, and in the Caitlin Press anthology Love Me True. An excerpt of One Strong Girl appeared in the March 2019 issue of Reader’s Digest. She has an MFA in Creative Nonfiction from the University of King’s College in Halifax, Nova Scotia.

Fiona Campbell (she/her) (member at large) is a freelance writer, journalist, editor and communications professional. She’s also a passionate storyteller who never outgrew her love of the question, “Why?” For over 20 years she’s written for national magazines, websites and non-profits on topics related to farming, the environment, the arts and social justice. She has an MFA in creative nonfiction from the University of King’s College, a BAA in journalism from Ryerson University, and a BA in international development from the University of Guelph. Fiona is working on a collection of lyrical essays ffrom her home in Madoc, Ont., (treaty territory of the Anishinabewaki people) where she currently lives with her two teenage kids, one dog, and too many books.

Akberet Beyene (member at large) was born in Asmara, Eritrea. As a journalist for the national Eritrean television station she researched and disseminated stories for both print and television that largely centered on sociopolitical events and human rights, as well as gender and youth issues. She holds a diploma in Mass Communications from the University of Asmara, and has participated in short term Journalism courses in Germany and the US. For more than a decade she volunteered during the Eritrean struggle for independence from Ethiopia, and has in-depth experience on how gender and power relations played out in post-independent Eritrea. As a result of the suppression of media and the accompanying arrest of journalists in Eritrea, she fled to Canada in 2011 where she has been living ever since.

Professor Darryl Whetter (member at large) was the inaugural director of the Creative Writing MA at LASALLE College of the Arts, Singapore (in partnership with Goldsmiths, University of London). He is the author of two poetry collections and four books of fiction, most recently the 2020 climate-crisis novel Our Sands (Penguin Random House). His essays have been published by Routledge, the National Poetry Foundation (US), Oxford University Press, Presses Sorbonne Nouvelle, The Brooklyn Rail, etc. He has been a festival author in Australia, the US, Canada, Singapore, Malaysia and Bali.

Nabila Huq (member at large) is new in the arena of creative writing. She made her debut in creative non-fiction with The Shoe Project. She writes fiction as well. As a new writer, Nabila is in search of publishers for her works. A graduate in English Literature and Cultural Studies, she wants to pursue a PhD in Creative Writing in near future and a full time career in writing is her long term goal.

📣 The Humber Literary Review (HLR) and the Crea

🌺 In Flanders Fields 🌺 BY JOHN MCCRAE In Fl

📣 JUST THREE DAYS LEFT!!! Join us for our next

📖 “The Forest for the Trees: An Editor’s Ad

Join us for our next webinar on Saturday November

🗓 One week today! The CNFC is excited to kick

Congratulations to all 15 finalists of The Fiddleh

"Write the tale that scares you, that makes you fe

Congratulations to CNFC’s own Rachel Rose for ma

It seems that no matter how old (or young) we are,