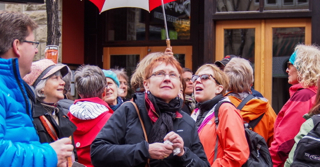 What is “creative nonfiction”?

For many of us, the label “creative nonfiction” is still somewhat awkward. Also known as literary or narrative nonfiction, the genre is almost as difficult to define as it is to name. It is perhaps easier to start with what creative nonfiction does NOT include: technical or instructional works, conventional newspaper reportage, and nonfiction work characterized by a neutral (so-called objective) third person perspective.

Characteristic of creative nonfiction is a personal, identifiable voice. The writer is usually quite present in the text. Works of creative nonfiction include – but are not limited to – memoirs, biography, historical investigation, literary journalism, political commentary, social or cultural criticism, and essays that are personal or lyric or narrative.

History of the term “Creative Nonfiction”:

Canadian publishers tend towards the term “Literary Nonfiction.” Some publishers don’t distinguish between “Creative Nonfiction” and other forms of nonfiction.

Bookstores seldom have a “Creative Nonfiction” section. Our works are scattered among a variety of nonfiction genres such as biography, travel, history, etc. This can make our diverse genre difficult to find.

In the United States, as of 2009, the Library of Congress (which determines and assigns all subject headings) did not have Creative Non-Fiction as a genre term in its system. The closest terms (other than sub-genre terms) they used were reportage literature and belle letters.

Most creative writing programs across Canada now use the term Creative Nonfiction.

Literary journals often hold Creative Nonfiction contests. Some refer to our genre as Literary Nonfiction or simply Nonfiction. Others will use other designations completely, such as features, essays, articles, or prose.